I was born and grew up in Kansas; I have lived in Nebraska since 1989. The two states are VERY similar in geography and climate. My mother was born in Kansas and has roots there back to the homesteading days. My father grew up in Kansas and considered himself a “Kansas boy”. Many of your ancestors would have migrated through Kansas and Nebraska on either the Santa Fe Trail or the Oregon trail and probably a few of them called Kansas or Nebraska their final destination and went no further. Kansas was first settled by white pioneers in 1812 but saw an influx of settlers in the 1850s with the Kansas Nebraska act of 1854. The land in the eastern third of each state was rich farmland and groves of hardwoods. The annual rainfall was bountiful for many crops and fruit trees. As settlers moved further west they found grasslands that would support wheat and corn and when “winter wheat” seeds arrived from the steppes of Russia the wheat farmers had found just the right crop. Soon both states were producing food for the nation in abundance. The western third of both states is the most arid and farming settlers had success initially due to higher than usual amounts of rainfall; today this area supports large cattle ranches. The Kansas town Abilene, at the end of the Chisholm Trail, was a railhead destination for cattle from Texas in the late 1800s. Wichita and Dodge City were at the end of other cattle trails. The “West” as popularized by TV and movies begins in the western third of these two states and moves west to other familiar western towns.

Always SAVE 30% - 50% when you purchase the bundled deals

Prairie Home is Available in these stores 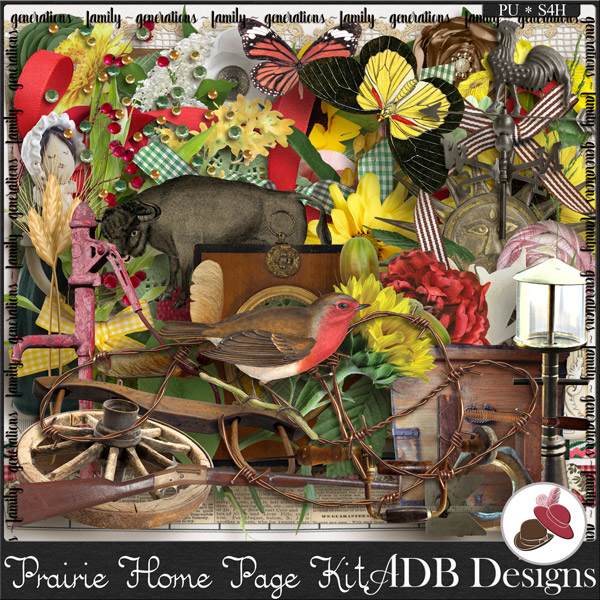 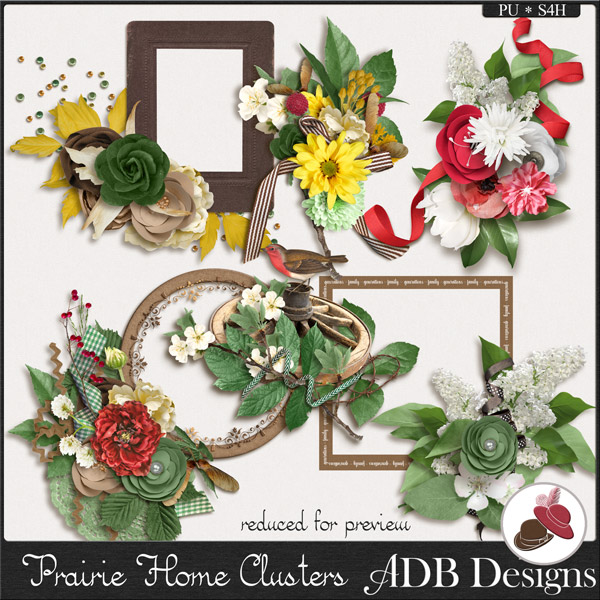 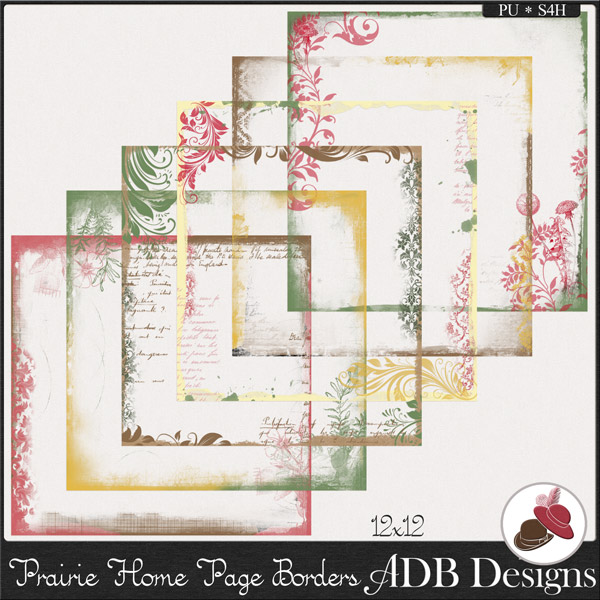 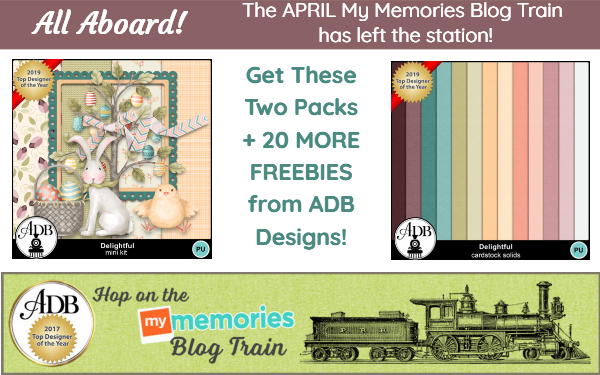 The April 2022 My Memories Blog Train, featuring Delightful, has left the station! The Delightful Mini digital scrapbooking kit, with 4 papers and 6 elements is ready to help you scrap your spring and Easter photos! The paper pack has 13 cardstock solids to complement the mini and many other kits you may have in your stash! BONUS GIFTS! MyMemories Newsletter Documenting Your Life The Vintage Romantic After you've picked up all of MY gifts, be sure to head to the rest of the MyMemories Designers for their freebies! Scrapbookcrazy Creations Kathryn Estry Designs Karen Schulz Designs   You are HERE>>> ADB Designs Over the Fence Designs WinksArt Graphics PattyB Scraps FranB Designs Aimee Harison PS Digital Memorie s AngelWingScraps Shmooangel Designs Designs by Lisa Minor Happy Scrap Arts AdrienneSkeltonDesigns Elizabeth's Market Cross Connie Pr 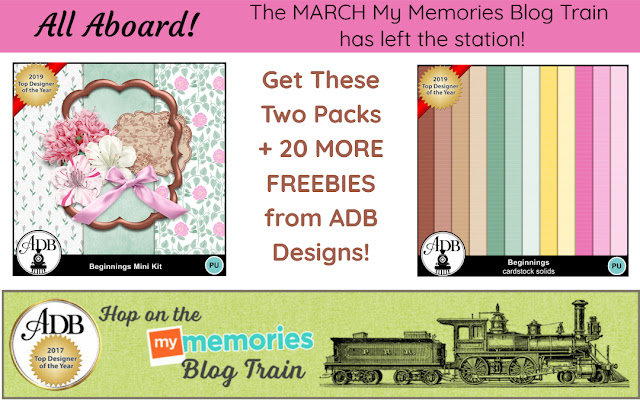 The March 2022 My Memories Blog Train, featuring Beginnings, has left the station! The Beginnings Mini digital scrapbooking kit, with 3 papers and 6 elements is ready to help you scrap your spring photos!! And spring IS right around the corner! The paper pack has 12 cardstock solids to complement the mini and many other kits you may have in your stash! Add To My Cart at My Memories Add To My Cart at My Memories – – BONUS GIFTS! MyMemories Newsletter Gift MyMemories Share The Memories Gift Vintage Romantic Challenge Join me for the  Vintage Romantic Challenge .  Each month pick up a new gift just for participating. Documenting Your Life from Diane Join me for this month’s  Documenting Your Life Forum  and  Blog Post  and pick up a free page starter! After you’ve picked up all of MY gifts, be sure to head to the rest of the My Memories Designers for their freebies! Scrapbookcrazy Creations Designs by Lisa Minor Fran B Designs >>>You Are HERE>>> ADB Designs Over the Fe